Not long ago I came to the realization that, as of this year, 3OH!3’s second album is a full decade old. At first, this flash of understanding induced little more than a momentarily flinch, just one more drop in a endless cascade of reminders that I am slowly beginning to age out of relevance. But the longer I dwelled on it, the more it began to trouble me.

After further reflecting on the ten years that have passed since 3OH!3 released Want and stepped onto the world stage, I was determined to re-evaluate what originally drew me to their music. Because I was obsessed with 3OH!3. This obsession didn’t last longer than a few months, but I was deeply committed to it. In my pre-torrent days, I was forced to download their album one track at a time from LimeWire or KaZaa — I don’t remember which one I was using in 2008 — and I pieced it together with care and dedication, even snagging a low-fidelity file of “Tapp,” the album’s abrasive instrumental intro track. I spent more time thinking about this band than anyone living outside the Denver area code that was their namesake.

3OH!3’s popularity was the single biggest accomplishment of anyone associated with the aborted alt-rock spin-off “crunkcore,” a genre that combined all the least attractive elements of emo, hip-hop and EDM into a musical movement that feels, in hindsight, like the musical embodiment of an embarrassing yearbook photo.

Crunkcore bands invariably wore the sort of dark, bang-centric hairstyle that you’ll recognize if you had a MySpace account or attended a rock concert any time during George W. Bush’s second term. They had the intense, in-your-face attitudes of white people ironically appropriating rap lingo, and when they sang (which was rare) they all sounded like the guy from Panic! At The Disco on his worst day. They had their appeal, but none them made anything you could feel good about listening to unless you were under the age of fourteen. 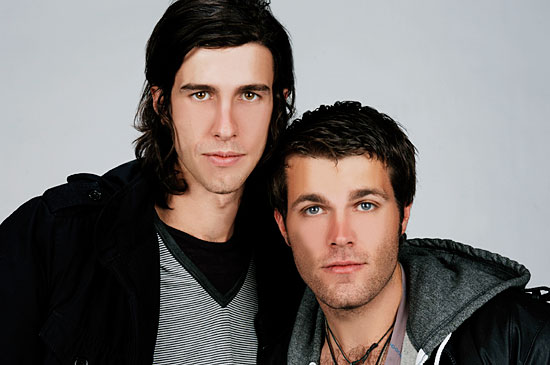 It wasn’t the style of 30H3’s music or their frat-bro personas that captivated me, though; I listened to their music for the moments when the braggadocious facade would crumble and the lyrics would turn introspective and self-critical. These moments were often brief and disorienting, starkly emotional and honest in comparison to the machismo-fueled party anthems that dominated the album. The drum and bass would fade away, replaced by mellow piano chords and a sense that, at the center of all this hedonistic excess and noise, there was an emptiness that couldn’t be filled.

The second song on Want, “PunkBitch”, is seemingly designed to annoy from the title onward. The music is aggressive, with loud, buzzing synths blasting over a skittering, third-rate trap beat, while the brain-dead lyrics are shouted with a Lil Jon affect that stops just short of being a full-on Dave Chapelle sketch.

There seems, briefly, to be a suggestion that all this is meant to be funny: “When I come up in the club, I’m talkin’ mad shit/Come up in the club, I’m ‘bout to get my ass kicked,” indicates, if not a firm grasp of irony, then at least a modicum of self-awareness. But if this is supposed to be a joke, the punchline never comes; not in this song, not in any of the songs afterwards. There are times when the duo’s delivery is positively Sandbergian, but this is not Lonely Island. This isn’t even LMFAO.

But after two iterations of the hook (“We datin’ mad models/And poppin’ mad bottles tonight”), the song shifts gears completely. Over a stripped-down version of the beat, 3OH!3 sings an inscrutable but identifiably regretful bridge, before a new refrain kicks in:

You put my picture in a box it was the one inside your locket
What happened to the keys that used to jingle in your pocket?
Your fingers say to come, but your eyes say I should stop it
If I regret all I’ve done I would be trapped inside that locket

It’s not much on the page. It probably wouldn’t be much to hear now, if you’d never heard it before. But the first time I listened to this song, this second refrain captured my thoughts to the degree that I can still recite it from memory. I have had those words bouncing around my head for nearly one-third of my time on earth.

In the context of what I expected to be a mindless and catchy song built around recycled hype-man dialogue, these words seemed almost poetic in their obscurity. We have no idea who the narrator is addressing here, nor do we know the significance of the jangling keys that echo in the halls of his mind, or exactly why this locket is powerfully symbolic to him. If you squint, it suggests that the all the partying and poor behavior of the first two verses is a response to the end of a relationship, but the details remain just out of reach. We know that the narrator has a complex inner life, but any deeper understanding of his motivations are withheld from us.

There are other examples: the ballad “Still Around” alludes to the destruction of Sodom & Gomorrah and directly addresses the issue of mortality, while “Colorado Sunrise” devotes an entire song to a celebration of the protagonist’s self-destructive lifestyle while acknowledging the moments of romance and even beauty that can still exist with in it. The lyrics of “I Can’t Do It Alone” are almost explicit in their depiction of barely-restrained heartbreak and misery hidden behind a veil of what you could charitably call “light misogyny”.

Even in “Don’t Trust Me”, the band’s single biggest hit, the obnoxious refrain of “don’t trust a ho/never trust a ho” is affixed with the dependent clause, “‘cause a ho won’t trust me” — once again seeming to imply that this raucous and unsavory lifestyle is in response to a perceived slight or abandonment. It doesn’t make the members of 3OH!3 seem more likable, but it does make them seem damaged in an interesting way — or, at least, damaged in a way that might be interesting if you took the time to really consider it.

Perhaps you see where I’m going with this.

None of us is entirely free from ourselves; we are all, in our own way, slave to the patterns that we have developed autonomously or had instilled in us. A key aspect of emotional maturity is the willingness to examine one’s own behavior, so as to learn more about oneself and, hopefully, break free from our harmful cyclical behaviors. So please, give it the full weight of your consideration when I say with absolute sincerity that I do not believe the Chainsmokers to be the 3OH!3 of 2018.

Even if you believe both groups to be of comparable quality — I do not, but you might disagree — their approach to music is blatantly different. 3OH!3 has never altered their lyrical style or attempted to expand the scope of their songwriting: ten years on, they’re still writing dumb-yet-catchy pop-rap songs about cheating on their girlfriends. By the release of their third album, Streets Of Gold, any trace of soul or inner conflict had been scrubbed neatly away, and they’ve never looked back.

And while their lyrics have gotten sharper and their music has become noticeably less grating, they’re still adolescent enough to build a chorus around the phrase, “If our shit’s so bad, why’s your sister trying to fuck us?”, a lyric that scans as funny at first, until you imagine it being written on Facebook by your high school friend that’s been trying to get his music career off the ground since ‘06. 3OH!3 is that high school friend, on a generational scale — while the rest of us moved away, 3OH!3 stayed in their hometown and never stopped acting like teenagers.

The Chainsmokers have released their share of bad songs, but it would dishonest to say that they haven’t evolved at least a bit: they went from novelty songs about social media to nostalgic love songs to solipsistic piano-pop to an ongoing critique of fame in the time of Instagram. The Chainsmokers may have gotten famous for one terrible song, but 3OH!3 is the band the Chainsmokers would be if they never stopped making “#SELFIE.”

Importantly, 3OH!3 isn’t a band to be enjoyed in posterity. It will be impossible, and already is for many of us, to look back on 3OH!3’s music and feel anything but mild-to-moderate shame. The Chainsmokers, on the other hand, have devoted a good chunk of their career to making songs intended to evoke the feelings of nostalgia, thus ensuring that their music will trigger an even stronger dose of those feelings when you encounter it years later.

Your mileage may vary as to how successful they were — except for “Closer.” “Closer” is unimpeachable, a song that perfectly captured the feeling of the time in which it was made. It may not make it onto any greatest-hits compilations, but when you hear “Closer” twelve years from now, you will wince and clutch your chest — but not in an entirely unpleasant way — and you will think, “oh my God, 2016 was such a fucking long time ago.”