Thursday, November 15, 2012. Outside, it was a cold and windless night, but inside the theater lobby it was bright, noisy and full of life. People were standing in line for snacks, milling around tables, waiting for friends… some of them were already in line for the movie, tickets in hand.

The crowd was made up mostly of women, from young teenagers to the upper-middle-aged. They were predominately white, but to be fair, I live in a predominately white area, and there were pockets of diversity here and there. But it was almost all women, multiple generations of women and the men they had brought with them. Loving husbands, disinterested boyfriends, I’d wager that nearly every man in that crowd came there at the behest of a woman.

Everyone was talking, laughing, checking their phones, all of them brought together by their love for the tale of a girl and the vampire who loved her.

And then there was me. 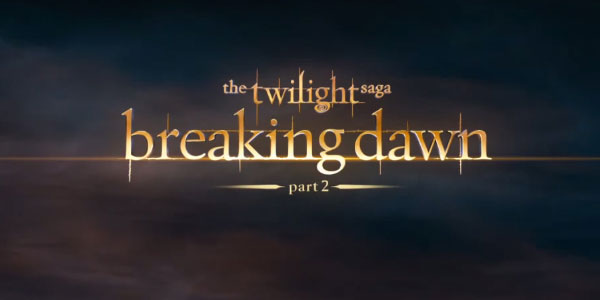 I was there alone, at the late-night premiere of The Twilight Saga: Breaking Dawn, Part 2, not part of any group and certainly not accompanying my girlfriend, who wouldn’t be caught dead at something like that. I wasn’t there because I liked the movies (which I had seen) or even the books (which I hadn’t read). I was there for the experience.

I don’t like throwing out broad stereotypes, but it’s fair to say that the Twilight fandom is famous for being full of shrieking girls. In most situations, being in a room full of noisy teens (and the teen-at-heart) is not something I would actively seek out, but this was the premiere of the final Twilight movie. I’ll probably never get another chance to observe the Twilight fandom in real life on this kind of scale. I doubted I would learn anything new, but the novelty of it was too much to pass up.

In a situation like that, it doesn’t matter to me if the thing people are celebrating is objectively bad or, as some have claimed, actively harmful to the impressionable young girls reading it. The joy of people all brought together by their enjoyment of a piece of pop culture is just terrific. The opening night of a popular film is a rare expression of communal excitement. I intended to  be a part of this one, even if it meant going alone.

After a trip to the men’s room (totally empty, by the way), I took my place in line and immediately a question came to mind, a question I have asked many time in my short life: “How much of a weirdo do I look like right now?”

I knew I would stick out. In a crowd of women and devoted men, I was a lone twenty-three-year old male with a shaved head wearing a bulky jacket he wouldn’t take off (I had nowhere to put it!). I’m uncomfortable in any crowd, and if there’s a chance I might attract attention to myself, that discomfort increases exponentially.

But I was prepared for this. I knew that it was unlikely that anyone would actually pull me aside and question my presence, but I still kept a smile on my face and repeatedly checked my phone, as if I was looking for word from a girl who was going to join me… or something like that. I just tried to look busy, to keep a low profile. I had even ordered my tickets online, so I didn’t have to actually say the words, “I would like one adult ticket for Twilight.”

Of course, once I was inside the actual theater, everything was fine, except for the moment when three girls approached my row and asked if anyone was sitting in the seats next to me. I was forced to say “no” and reveal myself for the loser I was.

But I didn’t care. I knew that once the movie started, these girls would be too enraptured by the events onscreen to think about the guy next to them… although, I have to say, I was disappointed with how reserved these fans were. Don’t get me wrong; a chorus of cheers went up during a scene where Taylor Lautner stripped down to his underwear. But I was hoping for a boisterous, obnoxious crowd, squealing whenever anyone kissed and shouting things out at the screen.

And isn’t that always the way? When you want a crowd to shut up—like, say, during the midnight screening of Paranormal Activity 2—they seem intent on ruining your experience, but when you want them to be loud, they can’t be bothered. Gosh, people, am I right?

Despite the obnoxious and uncalled-for maturity displayed by the crowd, I still got a unique perspective on the film (and not just because the girl next to me repeated a mantra of “hot stuff” whenever an attractive male came on-screen). For one thing: did you know there are jokes in those movies? I would never have realized it, if it weren’t for the laughter that sounded whenever Edward cracked one of his signature low-energy, stone-faced wisecracks. There were also a few unintentional laughs, mostly at the hammier aspects of Michael Sheen’s performance. Sheen, by the way, is the only person on-screen during the entire franchise that seems to be enjoying himself.

We also had a good laugh at the underwhelming shot of a battlefield towards the movie’s end…. which brings me to the most interesting part of my experience. See, at the film’s climax, Edward and Bella have brought together a group of allies to stand against the Volturi, and–

Oh, I’m about to spoil the end of The Twilight Saga: Breaking Dawn, Part 2, so if you care about that, then… um, stop reading, I guess.

All right: in the books, the set-up for an awesome final battle between our heroes and the evil vampire lords is ditched in favor of everyone talking out their problems and going home. In the film, however, it explodes into a lengthy and fun action sequence, with character deaths all around. Some were tragic, some cathartic: the entire theater gasped when vampire dad Carlisle was beheaded in the early moments of the brawl, and one woman threw up her arms in shock when several other vampires and werewolves were dispatched. A rousing applause swept through the audience when two prominent Volturi were disposed of. It was exciting, it was tense, it raised the stakes for the entire series and had life-changing consequences for everyone involved…

So, of course, it wasn’t real.

After ten minutes of the coolest stuff to happen in the entire franchise, the film cuts back to reveal that the whole sequence was a vision of the future, shown to the Volturi’s leader in hopes of getting him to cool his jets on the whole “killing a child” thing (it works, of course, and Sheen’s understated change of demeanor is actually pretty funny).

Response to this was conflicted, from the moment of the reveal all the way into the post-movie conversation in the parking lot. In the theater, the noisy reaction was audibly split between relief and frustration. People felt a little cheated, which is fair, because they were cheated. But the fans were glad that their beloved characters had not actually died. Several people said that they had wanted to cry during the sequence; some seemed shaken by it even after the credits.

I, for one, loved it—but I knew ahead of time what was about to happen. It was nice to watch the fans react, but it was also neat to see a glimpse of what the Twilight series would be like if it had moved away from the dull romance at its center and explored the more interesting aspects of the mythology… if it had characters take a stand against evil and knowingly face the consequences. You know, like that other big multi-media sensation, the one with the wizards that everyone actually likes.

But my biggest problem with the series has never been the unconvincing, uncomfortable romance between Edward and Bella, or even the whole “sparkly vampire” thing. Plenty of films ask us to find behavior charming that would be terrifying in real life, and if you’re really that upset about the tweaks that the author made to vampire lore, I’m guessing you haven’t enjoyed any horror fiction made in the last hundred years. Just to be clear: vampires aren’t real and any writer can do anything they want with them.

No, my problem is with something that goes mostly unaddressed in the movies, except for a few off-handed comments and a weak series of arguments from both Edward and Jacob. Pretty much from the point she meets Edward, all Bella wants is for him to make her a vampire so they can live together forever in vampiric bliss.

It’s clear that once this happens, Bella can never see her family again, lest they discover that she doesn’t age, and she’ll pretty much have to hide from normal society for the rest of her life. Like the Cullens, she’ll have to move from town to town, never making any real friends outside of the small vampire clan. Oh, not to mention the relentless thirst for blood and the feud she’ll inherit with the family of her friend, Jacob. The series never gives us a convincing reason to look past the inherent horrors of transforming into a vampire. True love is great, but you know what else is great? Not being a monster. 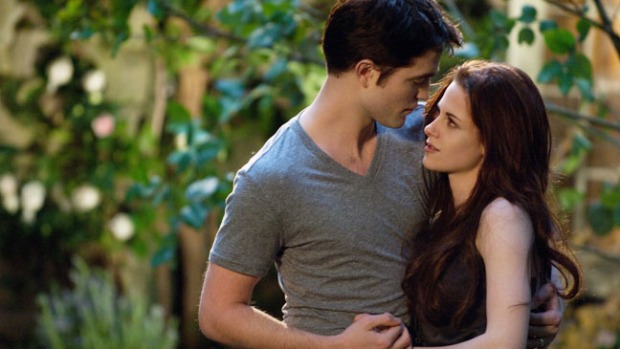 But it’s a little late for complaints like that. The books have all been read, the movies have all been released, and despite some rumblings about the franchise “continuing on” in some form, for the time being, Twilight is over. And all things said, I had a pretty good time watching the last movie… except for this one guy who was sitting towards the front. He had a shaved head, he was wearing this big, bulky jacket, and there was no one around him. I kept waiting for someone to join him, a girlfriend or something, but no one ever showed up. It honestly freaked me out a little and I spent most of the movie side-eying him.

It was just creepy, you know? I mean, what kind of weirdo shows up to these things alone?